This is a story of how I decided to change (or not - we'll see that soon enough) jobs, life perspective changes and tricky decisions. Enjoy.

First of all, there isn't a goal here: if you can take anything from this experience, or at least enjoy the reading and/or my suffering (hehe), I've accomplished what I wanted. I wrote this as an actual blog, explaining each step of the process, my questions, decisions and so on. I've highlighted the parts I consider the most important ones.

Ah, and by the time this is published, everything should be done already.

Ok, not that beginning.

About 6 months ago, a friend and old colleague contacted me offering me a job. I heard his offer, even though by that time I wasn't looking for a change.

We discussed it for a while, but I politely refused the offer. Main reason was payment, and it didn't look like a great offer back then. I did, however, kept them in mind for the future.

My mistake here is that it took me months to decline the offer. First I was sick (as in really sick), which as you can imagine, it's not the time you want to discuss jobs. But then I was better already, and only declined the offer during my vacation, 800km away from home. That wasn't very cool, and I know it. They understood it nevertheless, since I had crappy and extremely busy weeks before then.

I've Googled for crazy vacations and, holy shit, not disappointed!

I went on vacation for about two weeks in August. My plan was to go to São Paulo (the state) through Campinas, visit a friend in a small city 1h from there, stay the weekend in Campinas and then go to the capital. The plan went fine: a few hickups and issues here and there, but by the time I'm writing this, everything has been sorted out (I hope).

While in Campinas, and still kinda drunk from the night before[1], I met with some friends to drink some beer (yes, more). We talked about life, work, and so son. Then a friend turns to me and ask me if I didn't want to move to Campinas and work with her. Not surprised by her question (it wasn't the first time), I told her that all it was required was a proper job offer and sure enough, we could make that happen.

I was excited with this. And scared as fuck as well: it's a big change, one that I never really thought about.

In the end, it didn't work out due to some stuff they needed me to have experience already. That experience, however, changed me in many ways. 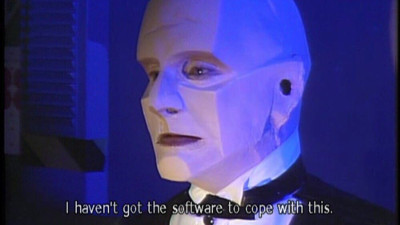 During the rest of the weekend, I took my time to think about it. It would mean to move to another city, in another state, to work in a company I knew almost nothing about. Risky? Yeah.

You see, I never really thought about jobs that much, even less about career. I stopped caring about this for a while. At the top of my list nowadays is work-life balance, which is something I've been extremely strict about.

After many hours of conversation, I've decided that, if I can make a career while having a good balance between my job and my personal life, that would be awesome! That includes moving somewhere else if necessary (but I would focus on cities I know people, obviously).

You see, I had experience (in a lot of weird stuff, btw), but no career record. And no plans for on in the near future. This is something I now wanted, and therefore I need to figure out how to do that.

As someone who always worked in small companies, I know this, in such environments, is very tricky. There isn't a lot of space to grow, and that limits you. There are many ways you can go around this by yourself, or even with the company's support and help, but you're always a bit limited by your employer's contraints.

I decided to take a look at LinkedIn offers and see what people are looking for nowadays, and cross-check with stuff I know. Even more in companies that have a career plan available. And it turns out that I knew shit out that stuff: they all use programming languages, tools or environments that I'm not even familiar with. Well, this sucks.

That means I needed experience with new technologies, with new people, new environments. New stuff. I essentially needed something new.

I didn't want, however, to change jobs. And this is where everything starts to get harder. 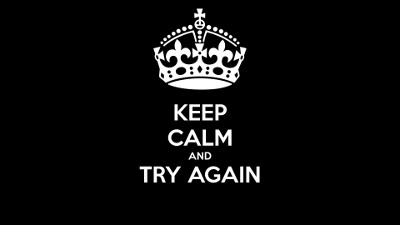 Remember the friend who offered me a job at his company? Yeah, they came back for a second attempt - and a third after negotiating some conditions.

Trust me, I'm flattered by this. It's really good to see people outside your daily job value you that much. It's an amazing feeling of gratefulness[2].

Nevertheless, the offer I got was something in the lines of what I wanted, which the possibility of a career path and experience in stuff I've never played with (at least professionally). So it was something to consider.

After multiple rounds of negotiation, I partially accepted the offer: I told them the offer was good and I was going to consider it. I had, however, to notify my current employer about this in case they want to make a counter-offert (spoiler: they did).

This is where things started to get hard.

What the fuck should I do?

I now faced a dilemma: change jobs, start in a new position with new projects, career path and some other benefits, or stay at my current job (with the raise from the counter-offer) and stick with stuff I know. It's a hard decision for someone who don't usually take risks.

Honestly, I lost my sleep trying to decide between my current job and the such offer. It became extremely hard in the last days, but it all came down to one thing: I can grow up with the company, both personally and professionally. Plus I hate those "what if" questions we carry for the rest of our lives sometimes.

You see, I like my job. I like my boss, he's an awesome guy, really smart and motivates me whenever he can to carry on into hacking some weird Node package that broke our project. I have a shit ton of respect for him. But I also like a challenge, and feel like I need something new.

Taking risks is something we need to do every now and then. With the help of friends and family, it gets a lot easier - and you will need their help and support most of the time.

This job offer comes with the benefit I'll learn stuff useful for the market. In case everything goes wrong and shit hits the fan, the experience and knowledge I'll obtain will be of extreme value to me. This is also something I have to consider. 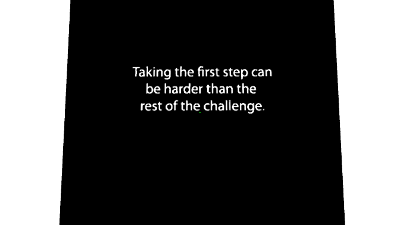 Antichamber is a very deep sometimes.

Today, December 13th, 2017, I have to give my final decision regarding the offer (and tomorrow about the counter-offer).

In the end, I decided to change jobs. I spoke with family, friends close by and even friends from other fields, cities and countries. A lot of people know about this by now. Each one of them raised concerns regarding the offer, which I took very seriously and passed such questions to my contact. Still, everything checked out well.

In about 3 hours, I'll leave work to meet my new employer, deal with some final details and, unless something goes really wrong, I'll accept the offer.

Let's take this leap of faith.

I would like to publicly thank my friends and family for their patience with the long talks about life and work in the last months. I would buy you all a drink, but that would be really expensive and I'm not rich (yet).